Umbrella Rally on International Day of Older People
Older people contributed to their families and society with hard works during their career and experience at old age. However they are not cantered in most conversation about improving lifestyles of people. Governments at United Nations on its 70th General Assembly promised to make sustainable development of older people too with the newly adopted Sustainable Development Goals (SDGs). They discussed in the Open-ended Working Group on Ageing, that a new convention is required, however they failed to discuss the content and structure of the convention. This seems to be a failure of the working group?s mandate. So on the eve of the UN International Day of Older People on October 1, HelpAge International and SERAC-Bangladesh jointly organized a rally demanding the reform of the Working Group.

The rally marched different important public places in Mymensingh city and ended at the Mayor?s office. The participants had a discussion and sharing meeting with the Mayor, and approached different issues to the Mayor. Activists said, in every civilized nation, senior citiz 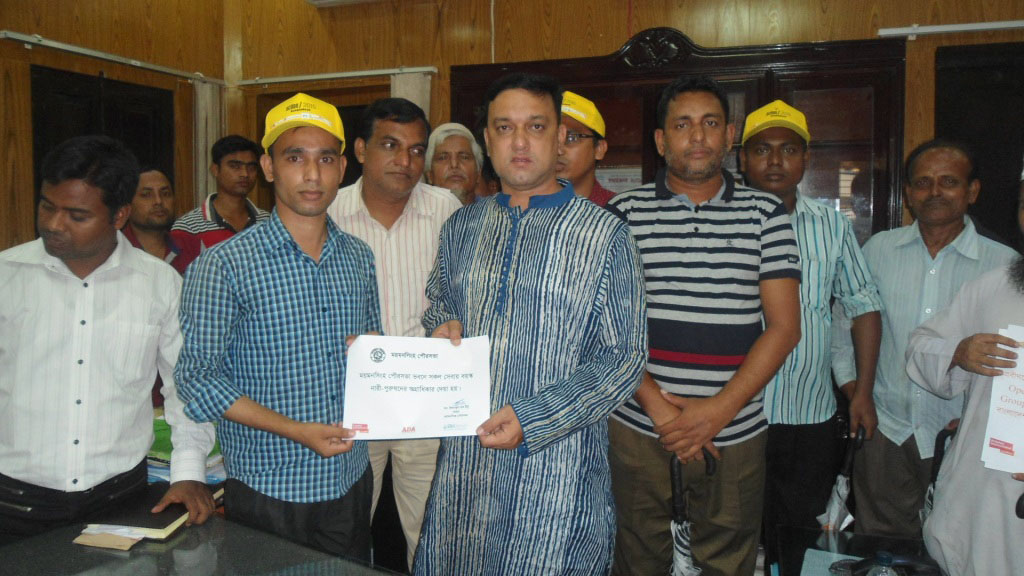 The Mayor set up signage on ?Priority Access for Older People? at his office

ens are given priority and value, what we lack in many cases by neglecting their rights and needs. Hence this is an indicator of our progress as a developing country.

Mayor Ekramul Haque Titu responded to the crowd and said, it should be an indispensable priority for us all to take care of older people. So Mymensingh municipality will prioritize services for older people at its level best. 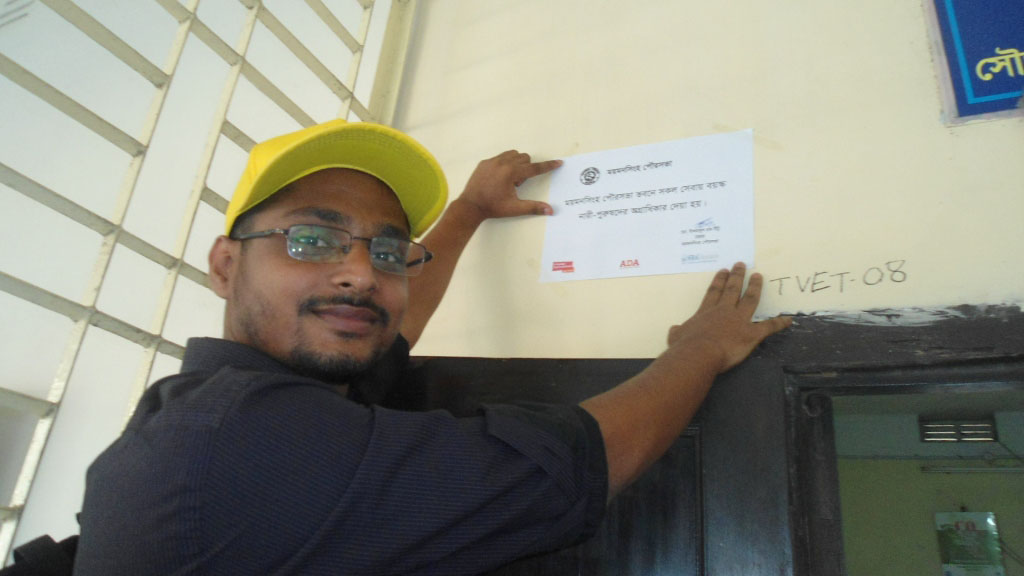 Mozammel Haque is attaching the signage at Mymensingh municipality.

Following the discussion, the Mayor set up signage on ?Priority Access for Older People? at his office and also promised to launch the senior citizenship card shortly. Others including SERAC-Bangladesh?s Assistant Director Pulak Roy, Program Officer Mozammel Haque, and Project Officer Barkatullah Bhuyan spoke at the occasion.