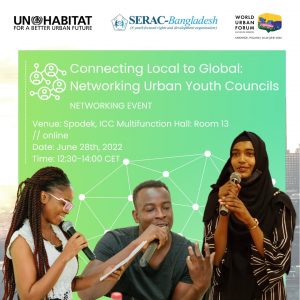 SERAC-Bangladesh joined the 11th session of the World Urban Forum (WUF11), held at the International Congress Center in Katowice, Poland, from 26 to 30 June 2022. Our executive Director, SM Shaikat has joined the 11th session of World Urban Forum 2022. The World Urban Forum is a non-legislative technical forum convened by the United Nations Human Settlements Programme (UN-Habitat) since 2002. It is recognized as the foremost global arena for discussions in the field of sustainable urban development and human settlements. WUF11 will be organized jointly with the Government of Poland represented by the Ministry of Development Funds and Regional Policy and the City of Katowice.

The theme of WUF11 was ‘transforming Our Cities for a Better Urban Future’, to provide greater insights and clarity on the future of cities based on existing trends, challenges, and opportunities, as well as suggest ways cities can be better prepared to address future pandemics and a wide range of other shocks.

SERAC-Bangladesh led the Youth Zone sessions, in partnership with UN-Habitat and Fondation Botnar, and were joined by different session contributors, moderators, and speakers. 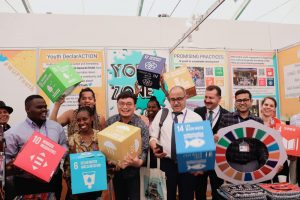