International Women’s Day 2015: Step up to Stop Violence against Girls and Women 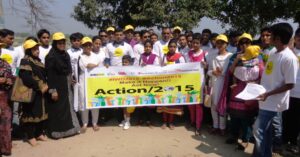 Women and girls are the major victims of gender based violence. While the whole world is vocal against violence against women and girls, we encounter a number of incidents everyday that challenge the overall women development policies and their effectiveness. According to a study by Bangladesh Mahila Parishad, 431 women faced tortures for dowry and 236 of them were killed or died later. Such pictures make the country?s developing image blur. Even when UNICEF reports in 2014 that 2 out of 3 girl child face marriage before 18, and UNWOMEN reports that such violence cause a huge economic loss, as it makes a loss of 1,939 crore taka a year, which is 2.12 percent of the gross domestic production of the country economy.

Considering this situation, to create mass awareness and generate pressure on policy makers, the Action/2015 Bangladesh coalition organized a boat rally and youth gathering on Sunday at 11 AM at Brahmaputra River in Mymensingh focusing the International Women?s Day 2015. To note, Action/2015 is a global campaign being led in Bangladesh by World Vision Bangladesh, Help Age International, SERAC-Bangladesh, Save the Children, Brit and Steps Towards Development. 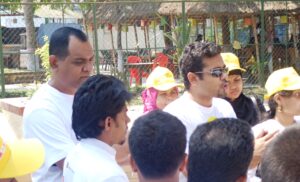 The major obstacles faced by women and girls in their way of development in Bangladesh are marked as sexual harassment, child marriage and dowry, and this event was designed to engage youth and girls and aware communities to prevent these social evils. On the eve of the International Women?s Day, SERAC-Bangladesh Executive Director and Global Young Leader of Women Deliver S M Shaikat said- ?To protect girls and women from gender based violence and discrimination, it is high time for the policy makers to act on their promises. To secure the future of girls and women in post-2015, leaders must show visible development of their actions performed?. He remarked on the child marriage law amendment issue as, ?We can not endanger the lives of our girl child by putting an ?if? into the law ! The government must not enact any provision to lower child marriage age at any condition?.

Local Journalist Neamul Kabir Sajal said, ?All in a society must act positively towards women and girls and a more optimistic approach by the government is a catalyst to ensure this?.

Program Director of SERAC-Bangladesh Shahina Yasmin urged that, ?Men must become step forward in all issues of women?s empowerment. Again a unified awareness program by government and civil society is need to make this possible.?

Fatema Khatun Mousomi, a program officer of SERAC-Bangladesh remarked that, Family level awareness can boost up the prevention of violence against girls and women and youth can play positive roles in that.

Motiur Rahman Foisal,? a young lawyer said, there are more than 30 laws to protect women?s rights, and they are less effective.