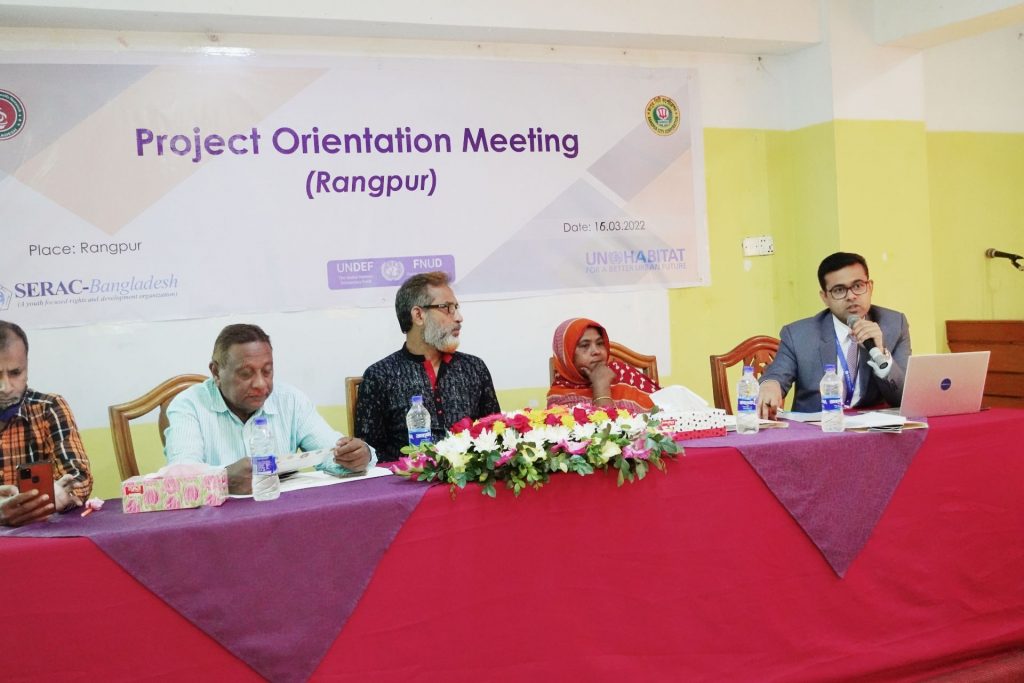 One third of the Bangladesh’s population comprise young people. National development policies have clearly indicated skill building, employment generation, and meaningful participation of youths which is accelerating their local level engagement process. To support them receive basic services equitably, empowering young people is a key. SERAC-Bangladesh with the support from UN Democracy Fund and UN-Habitat is initiating urban youth councils at four city corporations of the country, namely Rajshahi, Rangpur, Mymensingh, and Chottogram under the Advancing Engagement by Setting Up Urban Youth Councils in Bangladesh project. An orientation meeting is held at a hotel in Rangpur on Wednesday to introduce the project and starting up of the interim task force team under the initiative. 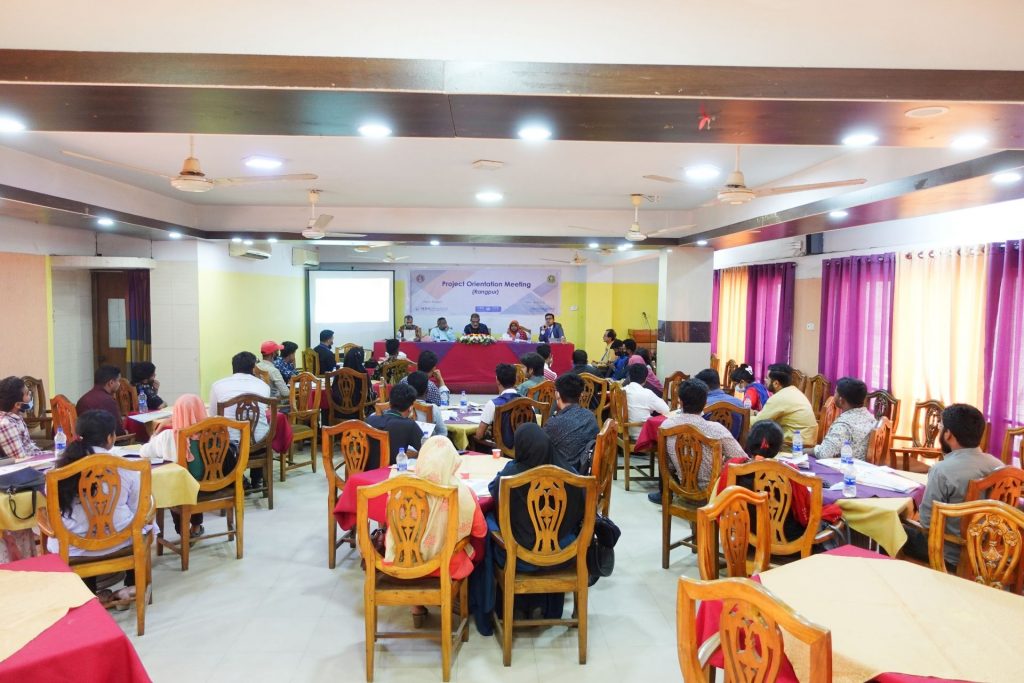 The host organization, SERAC-Bangladesh mentioned, this project will enhance the capacity of civic engagement among the youths of this city, and engage them with a participatory democratic and electoral process, where they will nominate and elect their own representatives to take their issues to the city corporation and formal spaces. The city youth council will also advise the mayor regarding meaningful youth presence in planning, implementation and monitoring of development activities in the city. Which will support the government achieve SDGs 11, and 16 at local level.

Officials of the RCC attended the meeting expressed their fullest support and cooperation towards the project implementation. SERAC-Bangladesh officials and urban youth task force members welcomed this collaboration.